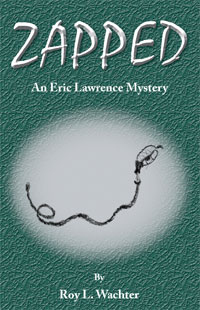 On a cold day in February, what at first appeared to be an ordinary fire drill at Orion High School was later determined to be a diversion while someone stole money from the safe in the athletic director's office. That theft initiated a series of events that would tragically change the lives of three members of the boy's varsity basketball team. Eric Lawrence, a science teacher at Orion High, gets involved in an investigation that reveals some complicity by several staff members. With the assistance of three students and his neighbor, Robert West, Eric discovers some truths that he wishes he didn't know. Eric is shocked and disturbed by the conclusion of his sleuthing.

Add a review for Zapped by Roy L. Wachter