Ulysses Grant: A Trilogy of His Life by Joe Krom 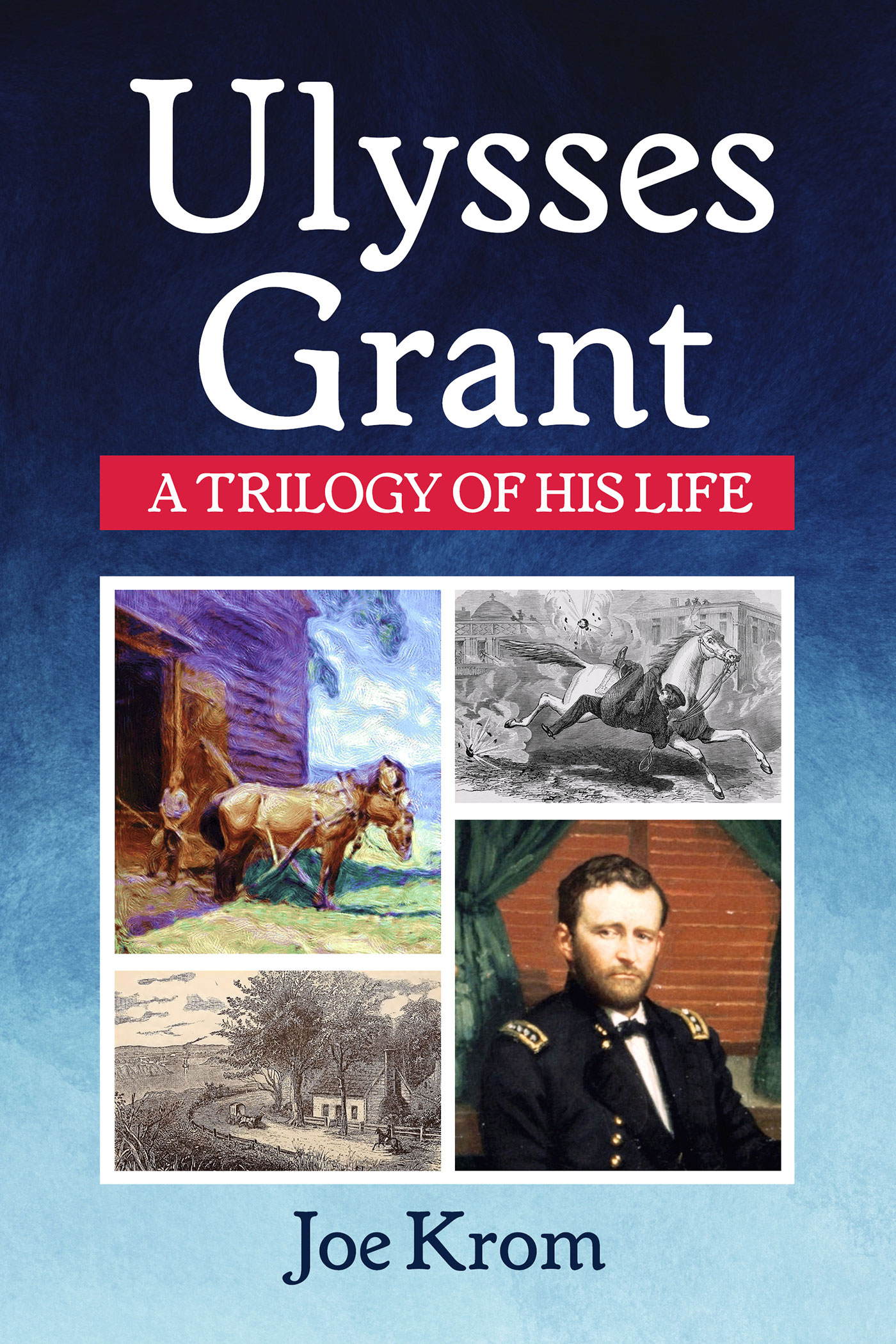 Ulysses Grant is introduced in a unique manner in this historical novel. Through an ongoing story, it uncovers the personality behind the man we usually see only in drab photographs. Ulysses Grant shaped his country. What events shaped him? What influences molded his character? Mr. Krom has melded together a wealth of information. Historical occurrences are woven with local lore and Grant’s own memoirs to create a picture of a leader who would become one of the most famous personalities our nation has produced.

Turmoil of the times playing out around him led to a multitude of surprising adventures. Each is told here in light of local events having national implications. You will be walking with Ulysses through his youth in southwestern Ohio. You will witness him developing during his days at West Point and as a young infantry officer; finding the love of his life; seeing action in the Mexican War; settling into civilian life in St. Louis and Galena; rapidly advancing in rank during the Civil War; serving two terms as President of the United States; later accidently becoming an “unofficial” ambassador representing his country during an around-the-world trip. Even his retirement years brought new escapades and challenges.

ISBN 978-0-578-88974-0 444 pages maps 6 x 9 inches
There are no reviews yet, submit yours in the box provided.
Submitting Your Review, Please Wait
Your Review Has Been Submitted Successfully

Add a review for Ulysses Grant: A Trilogy of His Life by Joe Krom