There's Good in Every Bunny by John Potestivo 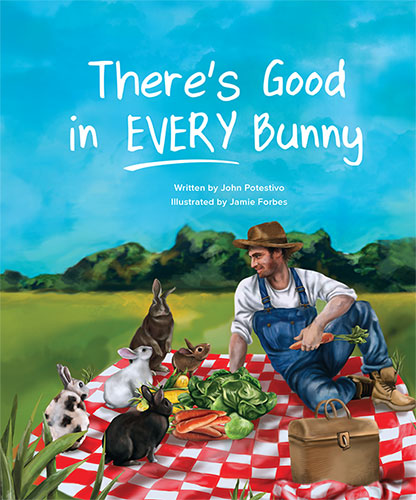 Bunnies may look cute and innocent, but they are not everyone's favorite animal. Farmers, in particular, have to make sure they don't gobble up all of their crops. In There's Good in Every Bunny, a rabbit named Bilal disproves the notion that all bunnies are unsavory characters. When confronted with the choice of stealing food as other bunnies have, Bilal instead chooses the path of generosity. In bringing an irate farmer a special gift that warms his heart, Bilal demonstrates, with his mother's coaching, that there is good in everybody...or at least everybunny!

About the Author
John Potestivo is a graduate of The College of New Jersey. He holds a Bachelor of Arts in History and Secondary Education, and is currently pursuing a Masters Degree in Special Education. John resides in New Jersey.