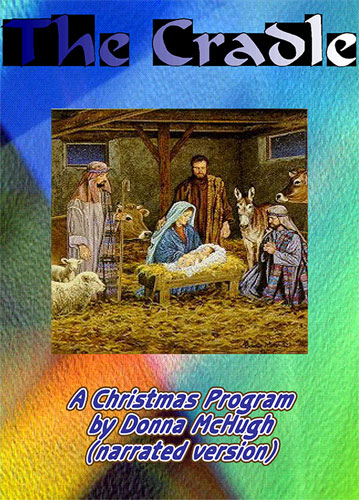 A Christmas Program by Donna McHugh

Marcus nervously made his way up the stairs and knocked on the commander's door. "Whatever could the commander want this time?" Marcus thought as he awaited the response from the commander. After a brief greeting, the commander got to the crux of the matter. It seems there was a rumor floating around the countryside about a supposed angelic appearance to a young virgin and that made the Roman commander a little bit nervous. Join Marcus on his search for the truth which led him to Joseph's carpenter shop where he found him working on a cradle. Joseph is alarmed when he hears about Marcus' mission. What were those loose-tongued villagers saying now? How would this all affect his wife and the Promised One? Shortly after the visit from the soldier, Joseph heard the call for assembly. There he learned that Caesar Augustus wanted to tax all of the world! What could this mean for Joseph and Mary? How could they raise the money for a trip to Bethlehem?...And what about Mary? Would she be able to make the trip in her condition?

Join Joseph as he discovers exactly how God plans for the birth of His Son and how he learns to trust God to work out the details!

2 Reviews for The Cradle

Add a review for The Cradle