Gretta the Geep Is More Than a Sheep by Angela Parrino 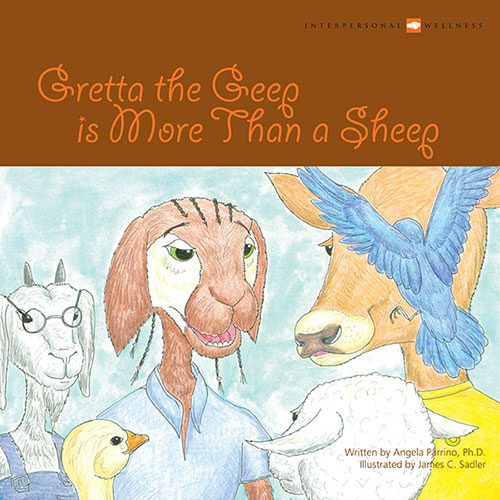 About the Author
Angela Parrino, Ph. D., was formerly an Associate Professor of the MA in TESOL Program at CUNY-Hunter College where she trained ESL teachers. She’s trilingual and received her BA in Spanish/Education from Stonybrook University and her MA and Ph.D. in Applied Linguistics from NYU.

Dr. Parrino began a second career in healthcare after caring for her father who suffered a stroke. In 2004, she served as surgical secretary/translator for Interplast in Iquitos, Peru and pursued physician assistant studies. Recipient of a Hillman scholarship, she’s currently completing her nursing degree at Phillips Beth Israel School of Nursing. Her interest is in patient advocacy, long term care and end of life issues.