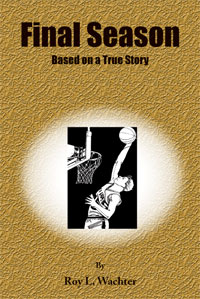 A coach, in his final season after forty years of experience, leads his staff and a basketball team of determined young men toward their goal of winning a state championship. The tragic disease of cancer plays a major role in determining the season's outcome. The strong faith of the staff and players gives added direction to the season. Final Season is about the love between a man and a woman, the power derived from a strong faith, and the battle of one woman with cancer. But, most of all, Final Season is about basketball. Interest in the other dramas is elevated by the miraculous conclusion to the season when one young man, assisted by his teammates and coaches, steps forward to take the shot that decides the team's destiny.

Add a review for Final Season by Roy L. Wachter