Every Day's a Holiday and Every Meal a Feast! 40 Years Behind the Badge by Kent Hutchins 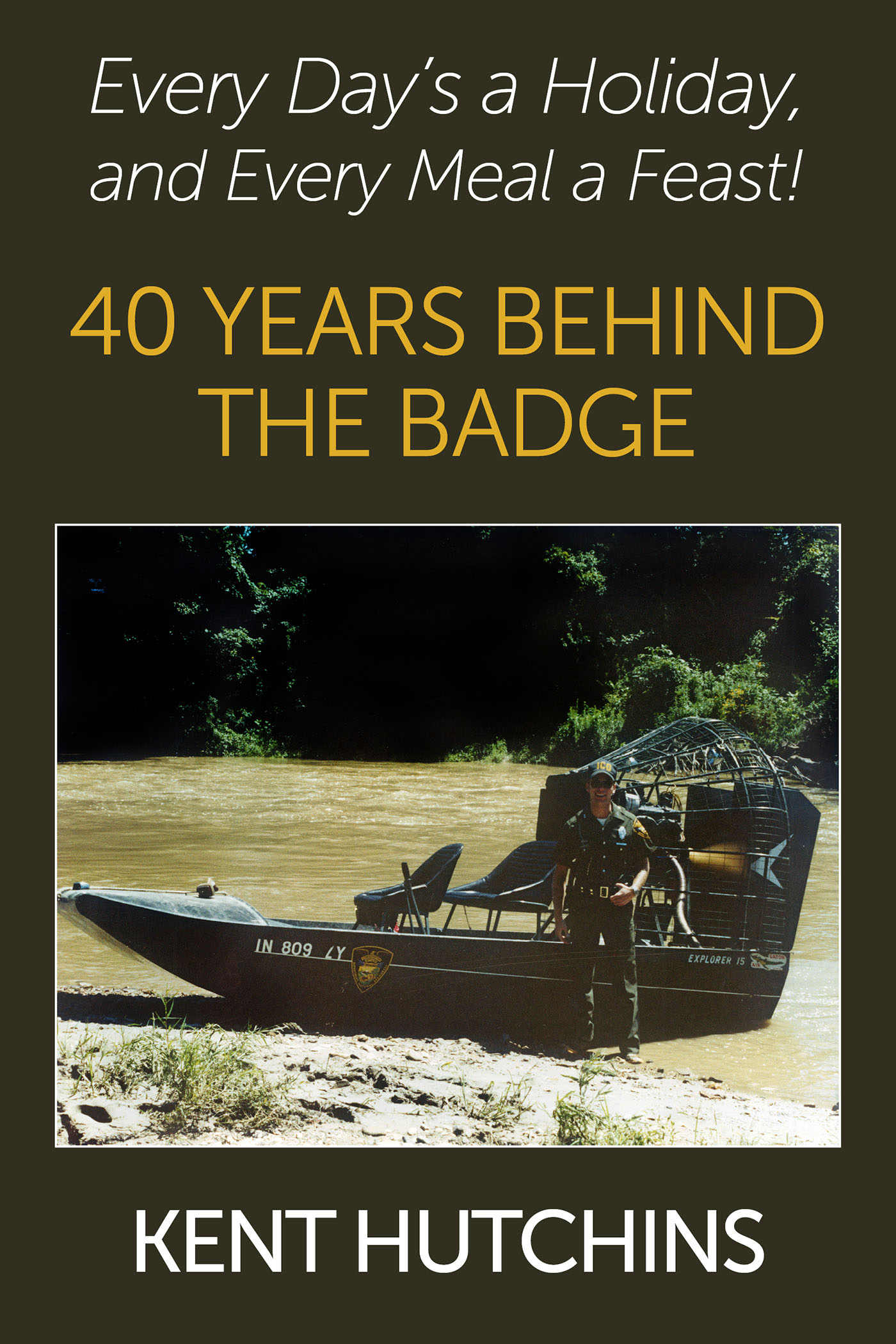 Kent Hutchins served as an Indiana Conservation Officer for over forty years, retiring as a Lieutenant and the District Commander of Operational District Five which includes eight counties in west-central Indiana. The recipient of many prestigious awards, he served in various roles such as, Covert Investigator, Field Training Officer, Public Information Officer, and Recruit School Drill Instructor, among others. He was the longest serving Public Safety Diver in the history of Indiana State Government Agencies and had a reputation across the state as both a competent professional and as an encouraging leader who excelled in the many aspects of his chosen profession.

Throughout his exciting career, on any given day or night, he could be found pursuing the criminal element on the backroads, waterways, and anywhere beyond where the blacktop ends while patrolling on foot, four-wheel drive vehicle, various watercraft, and even from the air. He could just as easily be found in the murky depths of any of a thousand different waterways, methodically searching along the bottom in zero-visibility conditions for the body of a submerged victim or responding at any moment to an urgent call for a rescue of someone in peril from fast and muddy floodwaters. At other times he may have been found in an office environment, conducting or supervising a complex investigation. His recollections gathered from experiences over four decades give a firsthand insight into the varied and ever-changing duties and responsibilities of an Indiana Conservation Officer.

1 Reviews for Every Day's a Holiday and Every Meal a Feast! 40 Years Behind the Badge by Kent Hutchins

Add a review for Every Day's a Holiday and Every Meal a Feast! 40 Years Behind the Badge by Kent Hutchins